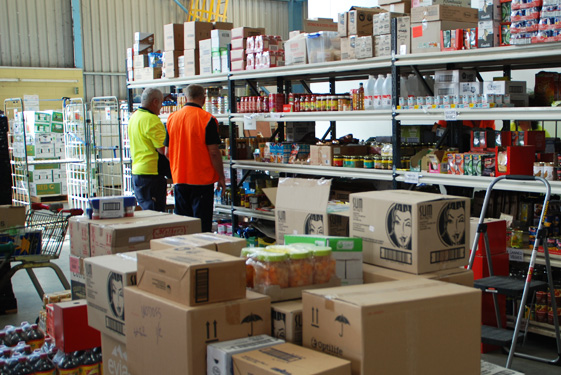 There Was A Problem

The concept emerged when; in 2006 the Vic Health funded Food For All Project Coordinator from City of Wodonga held a Food Security forum.  It became apparent to the newly formed Albury Wodonga Food Security Network (AWRFSN) that local emergency food relief agencies were operating independently and struggling to provide food parcels that were of adequate volume and nutritional value.

However we know there is no shortage of food in our region – we just need to be better at sourcing it and distributing it.

We Needed A Plan

With the assistance of funding from Department of Planning and Sustainability and auspiced by Gateway Health a feasibility study was completed in 2008-2009.

This leveraged success with grants from the Lord Mayors Fund, National Australia Bank, Primary Care Partnership for the purchase of a refrigerated van to improve food transport between Foodbank Victoria (FBV) based in Melbourne and our region. It also commenced a formal relationship between Gateway Health and FBV with the development of a Memorandum of Understanding on behalf of the Food Security Network.

Then, funded by Department of Community Development, RE Ross Trust and Ian Potter Foundation and again auspiced by Gateway Health, a business plan was developed in 2010-2011.

The multi-sector membership of the AWRFSN resulted in the plan for the AWRFS to go beyond improved emergency food relief to encompass a more holistic perspective with a social determinant approach and to using the FoodShare as a mechanism to build pathways out of poverty.

But We Needed Immediate Action

A miniature and temporary version of the core component of the project was established by AWRFS project partners Uniting Care Wodonga and FoodBank Victoria in a residential house in Nilmar Avenue during 2009.  Additionally they jointly funded a project coordinator to operate the site.

Between 2009 and 2012 the operations at Nilmar Avenue grew beyond capacity.  Despite having the help of 110 volunteers and installing an external portable refrigerator and freezer, the residential site, as was predicted, could not meet demand.

It was time to move to an industrial warehouse and expand to the more sustainable model as identified in the business plan.

So We Got On With It

The inaugural meeting of the AWRFS board was December 2012.

They secured funds through Foodbank Victoria from the Sidney Myer Foundation, Gardiner Foundation, William Buckland Foundation and Ian Potter Foundation to put toward establishment. They were also successful in gaining funds independently from RE Ross Trust to assist engage staff to operate the organisation.

During January 2013 we relocated the FoodShare operations from the residential house in Nilmar Avenue to the purpose fitted warehouse at Wodonga TAFE.

A warehouse manager was recruited and volunteers sought. 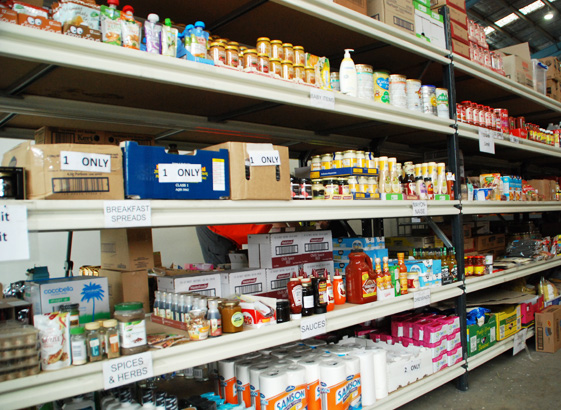 Our First Year Of Operation

We then held a corporate dinner to advocate for our cause and invite local businesses to become sponsors of our organisation and projects. Again we were wowed by the delightful food prepared by the fourth year Hospitality students.

Our next event was the FoodShare Logic Open Day at the training centre in Barnawartha where over 200 people enjoyed a fun run in the warm sun.

By the time our first birthday had quickly come around we had grown at a rapid rate.